OMG, YESS! For once the song coming on the radio was actually "Werewolf Of London" and not that stupid good-for-nothing Kid Rock song. I love Halloween! My word-of-the-day is quite awesome today:

1 : a delusion that one has become a wolf
2 : the assumption of the form and characteristics of a wolf held to be possible by witchcraft or magic
I love fun words of the day. I just finished off a soy pumpkin spice latte and a pumpkin cream cheese muffin. I have to get in all the pumpkin flavors I can because it's only a matter of time before the holiday drinks come out. Half our office dressed up today. We have a few Sarah Palins. I'm not sure how that's going to fly for the costume contest as far as our more conservative Pittsburgh office goes. I wasn't going to try and win anything, so I just thew on some green eyeshadow, a black dress (with a green shirt underneath because it's a big scandalous otherwise), some spiderweb stockings and my fabulous witch hat that I got in Salem. Here's a picture. A bunch of children moved in next door recently (so annoying!) but I'm hoping they will come trick-or-treating. As far as tonight goes, I need to go get some food for tomorrow's party, start cleaning and decorating. So much to do! At least my costume for tomorrow is good. I just need to find my tiara...

EDIT: This was the winning costume for the costume contest. I think it was the pose that won it.

When I leave this place, the one thing I will miss is the Halloween festivities. We just had a good hour of Halloween related games and lots of desserts. I won a Starbucks gift card. \o/ More pumpkin spice lattes for me! Only disappointing thing is not everyone stayed in their costumes. People, if you're going to dress up for Halloween, you need to commit to it! There were a few good costumes, like an iPod commerical and a man getting eaten by a shark. We need more holidays where you dress in costume. At least I get to dress up in a week (gahhh!) for my show. I think I'm going with like a mad scientist motif. Might wear a crazy ass wig... we'll see.

So, I didn't post about it, but did anyone watch Obama's TV spot on Wednesday night? I was literally moved to tears. I was bawling like a baby. I have so much love for this man. He just fills me with inspiration and infinite hope for this country. Besdies, after reading this article in the Courant, how can you not love him? I just don't comprehend how the entire country is not in love with this man.

I should maybe think about doing work. Or I should stuff my face with more Halloween goodies. Even though I really shouldn't because I was a lazy sack of shit this week and only made it to the gym twice. However, I actually managed a headstand for like a good period of time last night! So yeah. I'm awesome. And a lazy sack of shit. But a lazy sack of shit that can do headstands. :) Before I go I'll leave you with some of the many pictures I've been taking with my new Nikon D60 and have been posting like crazy on my new flickr account. 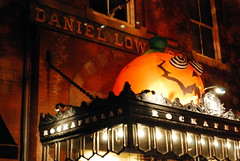 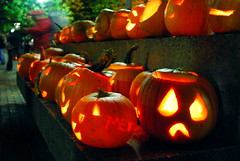 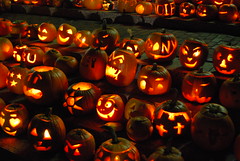 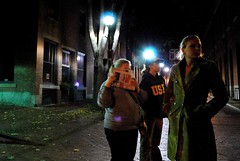 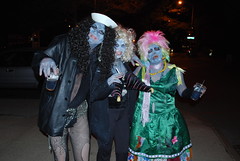 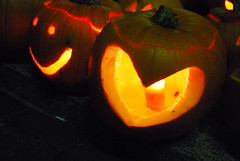